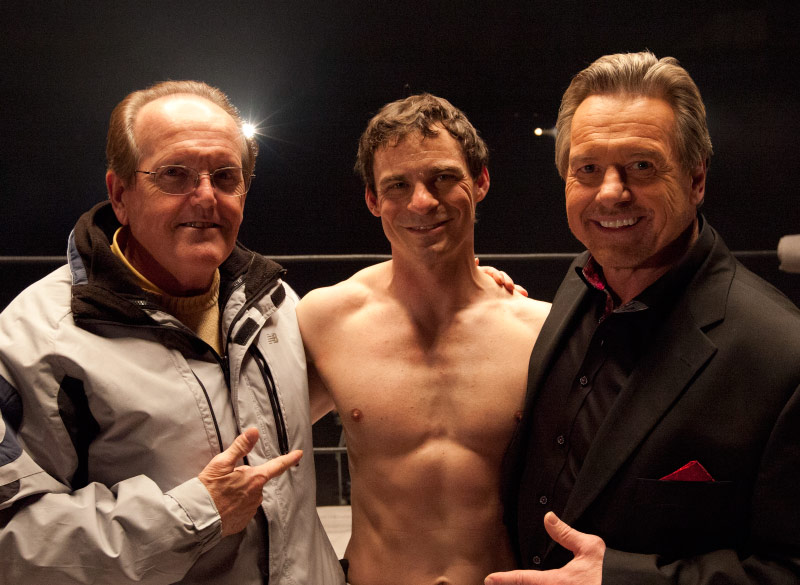 Who is the last person you would expect to be a super hero? Answer: A Baptist minister. Author Chris Whaley, Southern Baptist minister and former professional wrestler, brings to life a new Christian superhero. Rev. Chris Samuels becomes The Masked Saint. He is inspired by childhood friend, Miss Edna, who inspires him to help those who can’t help themselves. Your heart will be greatly encouraged by her wisdom and his might.

Chris Whaley is an American author, Southern Baptist pastor and former professional wrestler who competed in Florida using the ring name The Saint. His novel The Masked Saint was turned into a movie in 2013. He grew up in Auburndale, Florida and graduated from Auburndale High School in 1972. He married his high school sweetheart, Verna Jacoby in 1975. He has two daughters, Alyson and Kacie.

Whaley was trained by The Great Malenko. In the 1980s Whaley wrestled professionally in Florida and the southeastern states for ten years, competing with The Undertaker among others. His last three years he wrestled in Texas with Wild West Wrestling, WCCW and independent shows.

Whaley graduated from Palm Beach Atlantic University. Whaley quit professional wrestling and in 1988 studied theology at Southwestern Baptist Theological Seminary. By 2000 he had become Senior Pastor at First Baptist Church in Longwood, Florida. Drawing on real-life experiences from both wrestling and his career as a pastor, he wrote the novel The Masked Saint which was published by Tate Publishing. In 2013 a movie based on the book was filmed in Sault Ste. Marie.

The Masked Saint movie won Best Picture at the 2015 International Christian Film Festival. Whaley has a cameo role in the film.