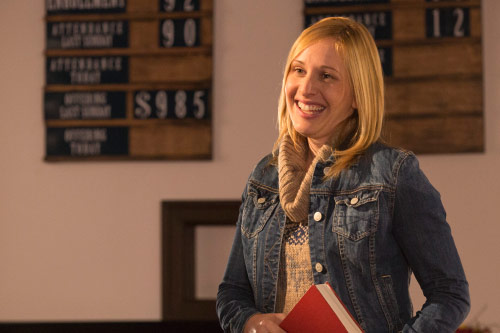 Jennifer Pogue is an actor currently based in Toronto, Canada. As a child in small town Ontario, Jen began singing and acting in every church and school performance she could weasel her way into. She eventually went on to pursue a post-secondary education in performance, and hasn’t looked back (though she does visit whenever possible). Film credits include international successes: THE TENANT, SLIGHTLY USED, ESHA, ASTREA, and SILENT RETREAT. TV credits include episodes of REIGN, BEAUTY AND THE BEAST, COLD BLOOD, and COVERT AFFAIRS. Jen is currently a member of Theatre of the Beat, a traveling theatre company with a focus on issues in social justice; as well as a founding creator/writer/producer for Pierogi Productions, a Children’s Multi-Media Production Company. Jen loves the Masked Saint Family beyond measures and is incredibly excited to share this story with the world!