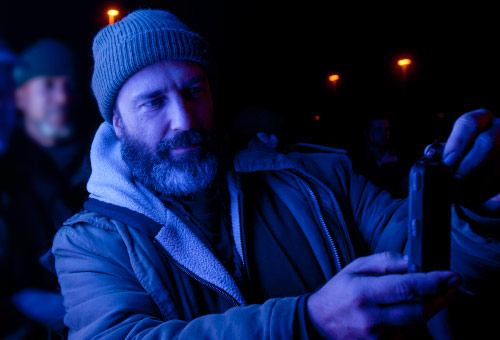 Starting in commercials in the early nineties, James Griffith developed a critical eye for detail and formal lighting by working closely with many brilliant cameramen. He then moved on to film and television with productions such as Masterminds, The Real Fight Club, True Crime: The First 72 Hours, F2: Forensic Factor, and The Shrine. His clients include 20th Century Fox, Discovery Channel, History Channel, National Geographic, CTV, Global, CBC, Showcase, Alliance Atlantis, Pepsi, Nike, and Bravo. His work has taken him all across the globe where he has been privileged to work with some of the most talented people in the business and see and shoot some of the most beautiful locations. Peter Mihaichuk (Production Designer) Peter Mihaichuk is a practicing visual artist, with representation in the Los Angeles area, as well as a motion picture professional. His combined background of industrial design and fine arts has proven to be the ideal pairing for an industry that requires a combination of both aesthetics and functionality. His Production Design credits include Ice Soldiers, Cas & Dylan, A Little Bit Zombie, and the television series Meteo+. He also has extensive credits in Art Direction with such features as A Fighting Man, The Returned, The Lesser Blessed, The Barrens, and Edwin Boyd.