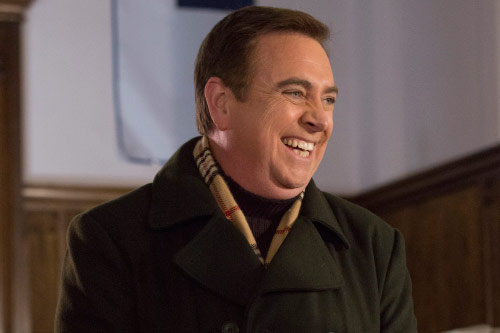 Actor in a Dramatic Series” for his work on Traders, and one for “Best Performance in a Comedy Program or Series” for his role Harold Green in The Red Green Show. McKenna set a precedent by winning in both categories, which had never been done before – or since. He has also hosted the Gemini Awards on two occasions.

McKenna is set to star in the mini-series Insomnia which shoots in Russia this summer.

McKenna recurred heavily over two seasons of Global’s medical drama Remedy, and recently starred in TVO’s drama series Hard Rock Medical. Patrick has made guest appearances in numerous series including: Murdoch Mysteries, Stargate SG-1, ABC’s The Music Man, Trudeau, The Listener, Less Than Kind, The Ron James Show, Rick Mercer Report, Little Mosque on the Prairie, Satisfaction and Saving Grace. He also had roles in the feature films Red Green’s Duct Tape Forever, and Writer’s Block with Kelsey Grammer, Everywhere, John. A: The Rivals, Margarita, Sunshine Sketches Of A Little Town, and is thrilled to have been part of his latest release, A Masked Saint

McKenna honed his comic skills with Second City troupes in Toronto and Vancouver, as well as by performing his stand-up comedy routines throughout Canada and the United States.

McKenna was born and raised in Hamilton, Ontario and continues to live in that area. He is married and has one son.